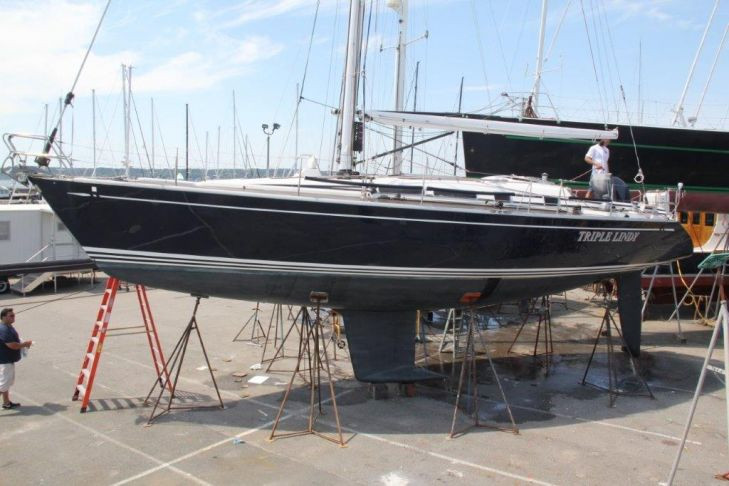 TRIPLE LINDY was originally named FIERCE PRIDE. Until 2003, FIERCE PRIDE was cruised only up and down the east coast of the US. The present owner renamed this Swan 44mkII TRIPLE LINDY in 2003 and in 2016 took on an ambitious and successful race program that frequently resulted in podium finishes and included the Newport to Bermuda, Sydney Hobart, Fastnet and Middle Sea Races.

To compete at a high level TRIPLE LINDY was fitted with new standing rigging, running rigging, sails and electronics. She also had a new hull paint job. With a tall carbon mast as well as air conditioning, TRIPLE LINDY is the ultimate cruiser racer. The owner has taken commission of his new yacht and wants TRIPLE LINDY sold. Offers are encouraged.

Sealed with polyurethane based mastic for water tightness. Stiffened with aluminum toe rail and through bolted on 4" centers.

Large cockpit with high coamings and long seats with sloped back rest forward for comfortable seating.

Spacious cockpit locker starboard side. Drained to bilge and with a shelf to stow life-raft.

Arranged to facilitate short handed sailing with most running rigging led aft to the cockpit.

Emergency electric winch and windlass shut off in cockpit.

Carbon fiber spinnaker pole with option to mount on mast or starboard deck.

Spectra lines mounted on either side of boom for rigging jibe preventer through foredeck block and back to cockpit.

Dorade box with stainless steel rail over on each side of companionway.

L settee to port, straight settee to starboard.  Lockers an shelves above each, removable pipe berth mounted on starboard.  Center-line table with folding leaves, accommodates 6.  Batteries stored in table and vented through mast. Infinity speakers in the headliner.

Located on port side, a double berth with filler. Shelves, locker and hanging locker outboard. Fan control for A/C.

Shower on Transom swim platform and in both heads.

Electric sump pumps in both heads.

Goiot hatches in each cabin.

Antal mainsail luff track and luffs installed on both racing and delivery mainsails.

MOM 8A Module mounted on transom.

The Company offers the details of this vessel in good faith but cannot guarantee or warrant the accuracy of this information nor warrant the condition of the vessel. A buyer should instruct his agents, or his surveyors, to investigate such details as the buyer desires validated. This vessel is offered subject to prior sale, price change, or withdrawal without notice.

Looking to sell your Nautor's Swan? 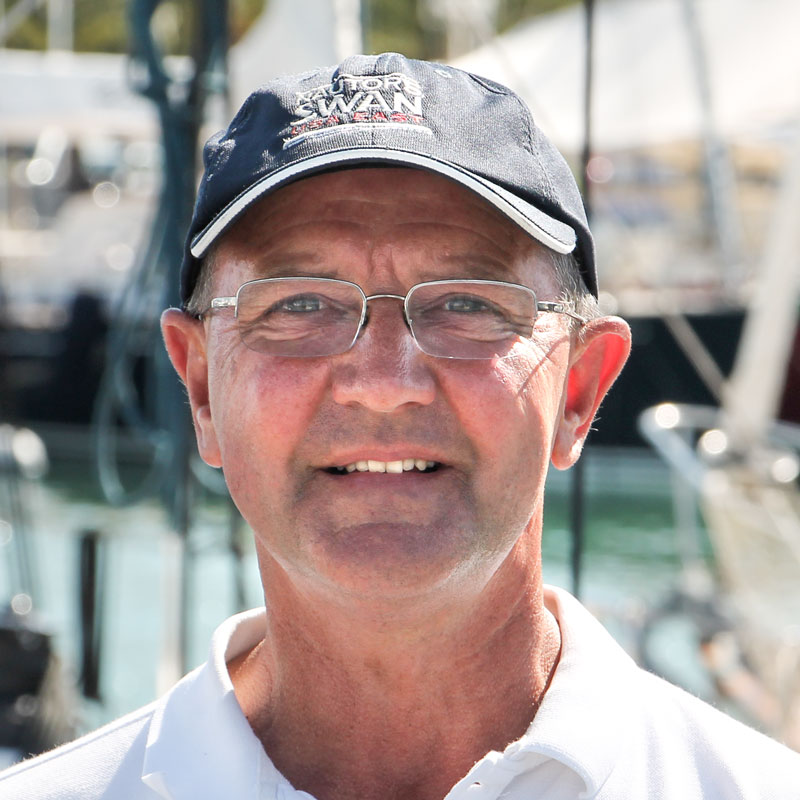 We have many other Swan yachts available for purchase around the world. Below are some of our latest listings, or click here to view all current listings. 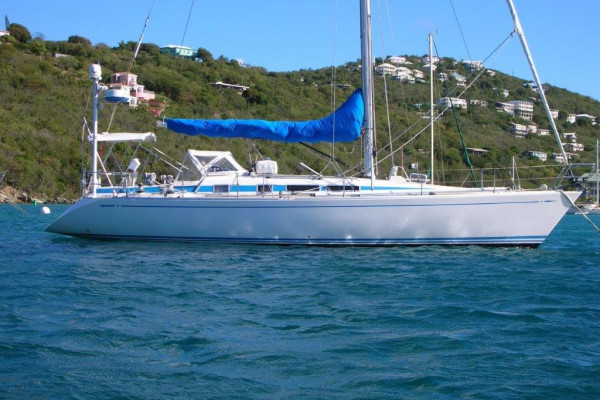 USA - East Coast
Only Swan 45 on the market in the USA! 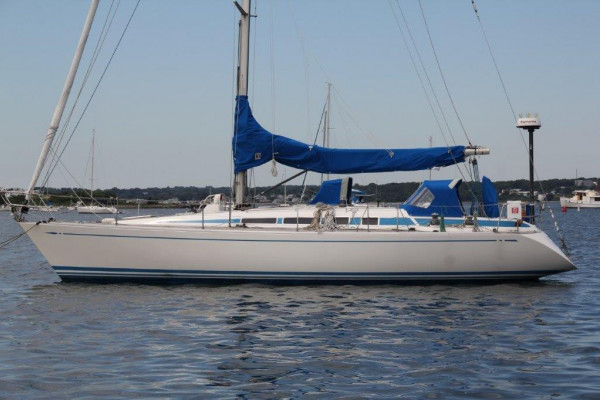 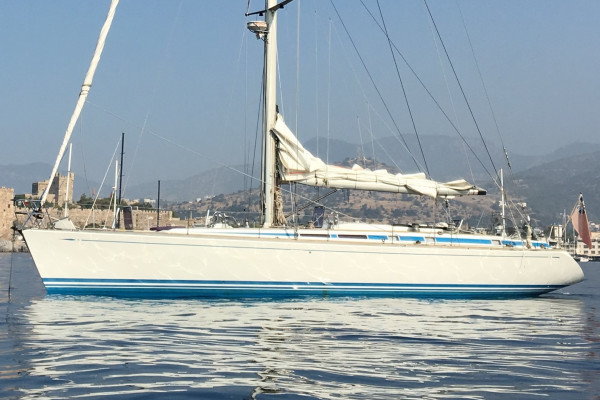 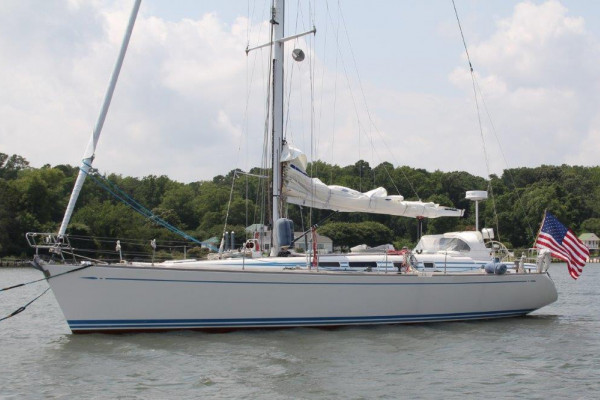 USA - East Coast
Hard to imagine a better kept Swan 48 on or off the brokerage market! 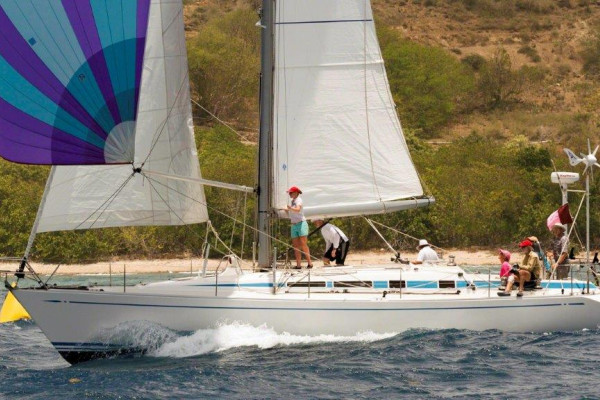 Caribbean
Rare find with fiberglass decks from new and the interior woodwork is in extraordinary condition!
Sold 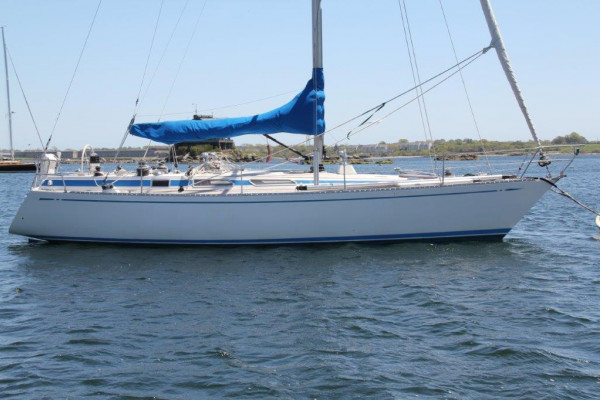 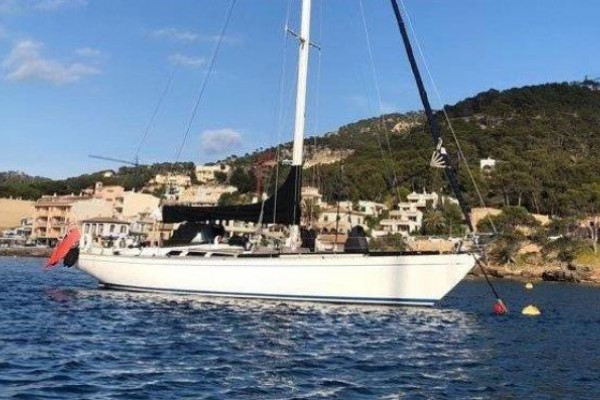 449 Thames St, Newport,
Rhode Island 02840, United States
This email address is being protected from spambots. You need JavaScript enabled to view it.